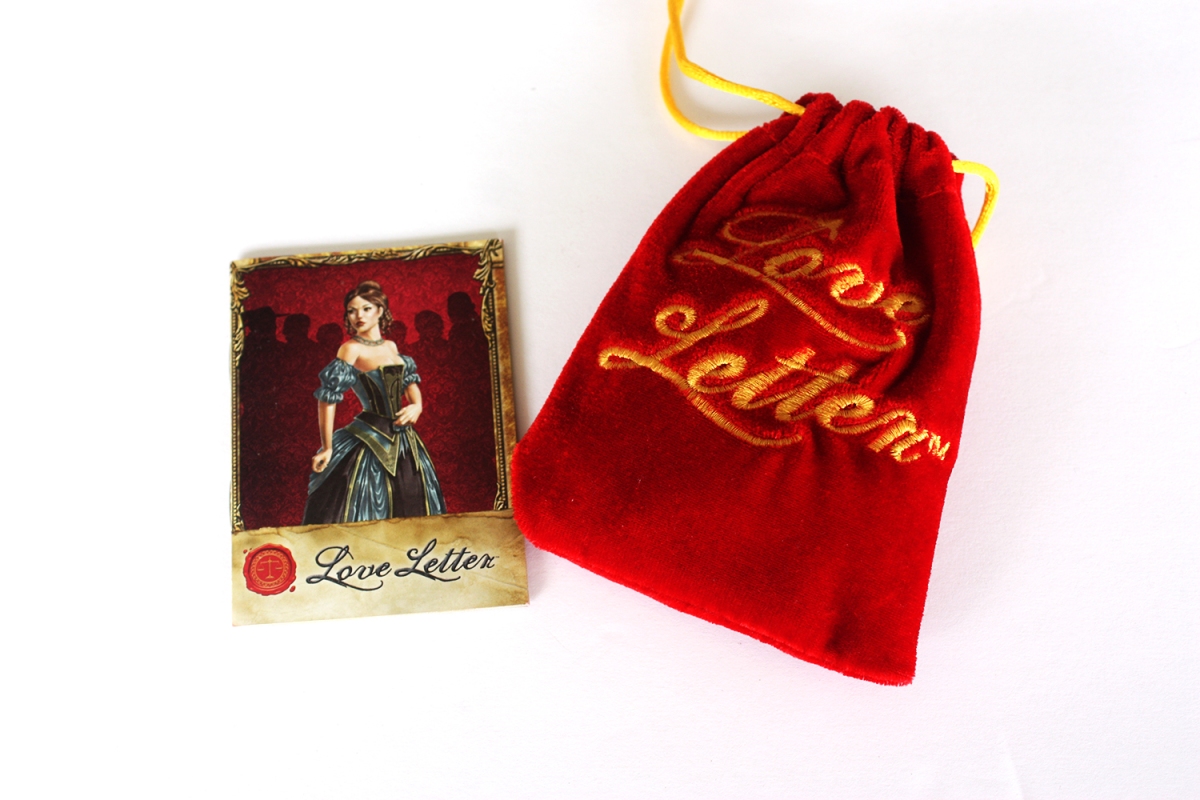 Love Letter is a simple card game by the Alderac Entertainment Group based in Tempest, a fictional land created by Alderac where many of their games are set. Your objective is to be the final character standing to deliver the Princess her secret love letter.

The character card instructions are as follows:

GUARD: Guess another player’s hand, but cannot guess another Guard. There are 5 Guards in the deck.

PRIEST: Look at another player’s hand. There are 2 Priests in the deck.

BARON: Compare hand’s with another player. Whoever has the lower level card is out of the round. There are 2 Barons.

HANDMAID: Gives you protection from other player’s actions until your next turn. There are 2 Handmaids.

PRINCE: One player discards his or her hand and redraws. There are 2 Princes.

KING: Trade hands with another player. There is 1 King.

COUNTESS: Discard if caught with King or Prince. There is 1 Countess.

PRINCESS: Lose the game if discarded. There is only one Princess.

Setup goes as follows: Shuffle the 16 card deck. Take the top card and put it into the bag without anyone knowing what it is. This is to prevent card counting. In two player games, take the 3 more cards from the deck and place them face up and to the side. For 3+ players, do not do the 3 extra cards. Each player draws 1 card for their hand and the game begins.

When a player takes a turn, they draw a card from the deck to have 2 cards and must play one in front of them with the action on it. Game play continues clockwise. The game ends when there is only one player left or the deck is empty. When the deck is empty, all players reveal their hand and the player with the highest value card (indicated in the top left corner of the card) wins the round and earns a token of affection (a red cube). The first to 7 tokens wins.

What I love about Love Letter is that the gameplay goes quickly, only about 5-15 minutes per round, and can be played with only two players. It is also very portable, all components fit in the red bag and can easily be put in a pocket or purse to play on the go. It is incredibly easy to teach and all ages can play, which makes it good for kids and families. 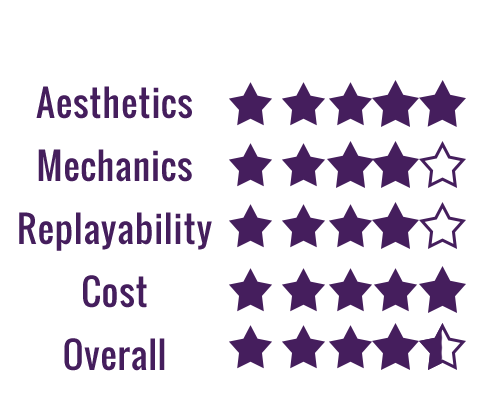 I got mine from Amazon using the link below, but I highly recommend supporting your local game shop by buying it there if available.