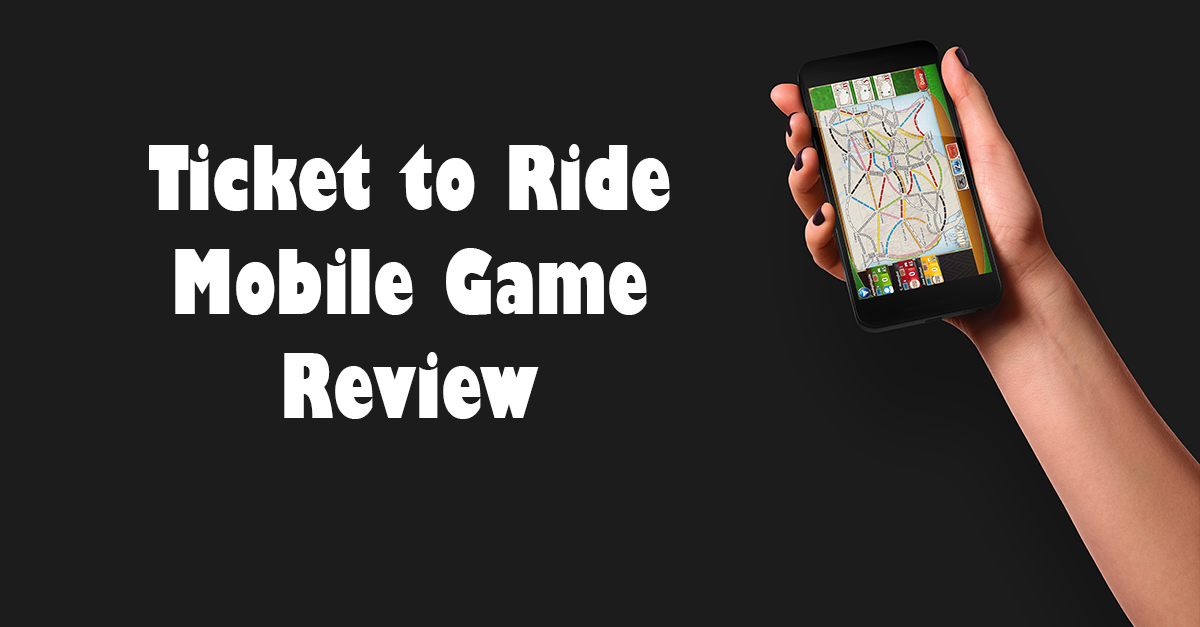 I have seen quite a few games go from the table to our phones, and one of my favorite tabletop games as of late is Ticket to Ride. So when I saw the mobile app, I knew I had to try it out.

In order to review this game, I played the solo mode instead of playing online. I tend to prefer solo mode when it comes to apps because they are more of a time killer than a full-time gaming experience. When you go into solo mode you can choose the number of opponents you want to play against up to 4 AI. The AI characters all play differently so mixing them up would be a good way to play.

The best way to describe the app is that it plays exactly like the board game. You start with three tickets that you choose 2 routes from. You then collect the colored cabin cards in order to complete your routes. Very straightforward if you have played the board game version.

What is nice about the app version, is your routes are easy to find because they are marked with the blue dots seen above. Just switch between your tickets to see the endpoints. It’s a nice addition to the app for easy play. The touch functions are very fluid, although sometimes playing your cards to the board can get a little tricky, but the board can zoom in if you need a closer view. Of course, point tally is easy, because you just have to watch it happen. It’s pretty fun to watch the score unfold this way, and seeing if the AI finishes their routes or not. There is also the longest route card that gets counted, like in the original game.

What I find really nice about the app, is that you can play the huge variety of maps that the Ticket to Ride series has, like Europe and Asia and so on. I so far only have the Europe maps but enjoy the variety they give and change they give to the original game. It’s nice to test out whether I’d want to spend the money getting the board game version of these maps in the app first. You do have to buy the other maps, they do not come with the original app.

My overall review is that the app is a great iteration of the table version of Ticket to Ride. I really have no complaints about the app and how it plays. It’s a great solo play game and a time killer when need be. And it doesn’t take me away from playing the table version. It is not the cheapest game, as I paid $5.40 for it on Google Play, but I have enjoyed playing the game on mobile enough to pay for it. 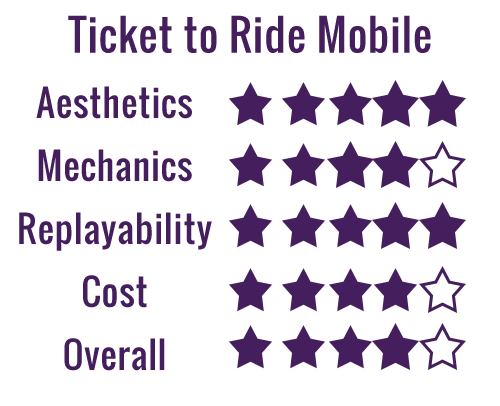 Any mobile games you’ve enjoyed playing? Let me know with a comment.