My favorite ways to play games is two-player. It’s easier to find one other player and enjoy some time together with a game. And since Valentine’s Day is just around the corner, what better way to spend the day than some gaming, So I have collected a list of great two-player games that you could play, no matter what time of year it is.

Although I have a pretty decent collection of games, I definitely don’t encompass the whole spectrum of games. So I reached out to a group of gamers that I am in called Analog Gamer Grrrls to see what games they’d suggest. I’ve thrown in some of my own suggestions too for a nice mix of games.

Ticket to Ride is one of my personal favorite games. And I do enjoy playing two-player more than a full player game. Ticket to Ride is easy enough to learn in 15 minutes but strategic enough to keep it interesting. Players collect cards of various types of train cars they then use to claim railway routes in North America. The longer the routes, the more points they earn. Additional points come to those who fulfill Destination Tickets – goal cards that connect distant cities; and to the player who builds the longest continuous route. 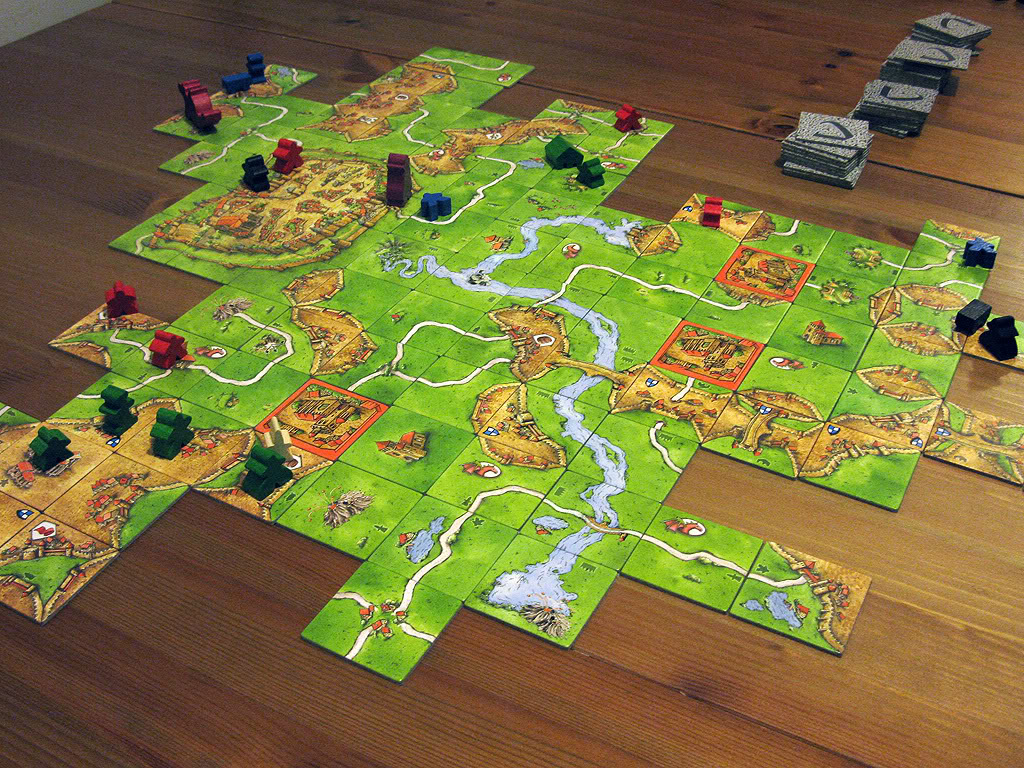 Carcassonne is a classic and beloved by many a gamer. It is a tile-laying game where you work to get points based on strategic tile-laying and meeple placements. It is a lightweight game that certainly takes a good bit of strategy to win in the end, and is also a fairly relaxing and enjoyable game with two-players.

Splendor is a game of chip-collecting and card development. Players are merchants of the Renaissance trying to buy gem mines, means of transportation, shops—all in order to acquire the most prestige points. If you’re wealthy enough, you might even receive a visit from a noble at some point, which of course will further increase your prestige.

Sagrada is a game I have personally had my eye on, because it looks fantastic. In Sagrada, each player builds a stained glass window by building up a grid of dice on their player board. Each board has some restrictions on which color or shade (value) of die can be placed there. Dice of the same shade or color may never be placed next to each other. Draft dice and use the tools-of-the-trade in Sagrada to carefully construct your stained glass window masterpiece.

Jaipur is another game I have seen a lot of positive reviews of.  JIn Jaipur, you are one of the two most powerful traders in the city. But that’s not enough for you, because only the merchant with two Seals of Excellence will have the privilege of being invited to the Maharaja’s court. You are therefore going to have to do better than your direct competitor by buying, exchanging and selling at better prices, all while keeping an eye on both your camel herds.

In Patchwork, two players compete to build the most aesthetic (and high-scoring) patchwork quilt on a personal 9×9 game board. To start play, lay out all of the patches at random in a circle and place a marker directly clockwise of the 2-1 patch. Each player takes five buttons — the currency/points in the game — and someone is chosen as the start player. If Sagrada sounds like a good game for you, so will Patchwork.

In many ways, 7 Wonders Duel resembles its parent game 7 Wonders as over three ages players acquire cards that provide resources or advance their military or scientific development in order to develop a civilization and complete wonders. What’s different about 7 Wonders Duel is that, as the title suggests, the game is solely for two players, with the players not drafting cards simultaneously from hands of cards, but from a display of face-down and face-up cards arranged at the start of a round.

What two-player games do you enjoy? Let me know in the comments!

Some of the descriptions of these games are pulled for Board Game Geek.