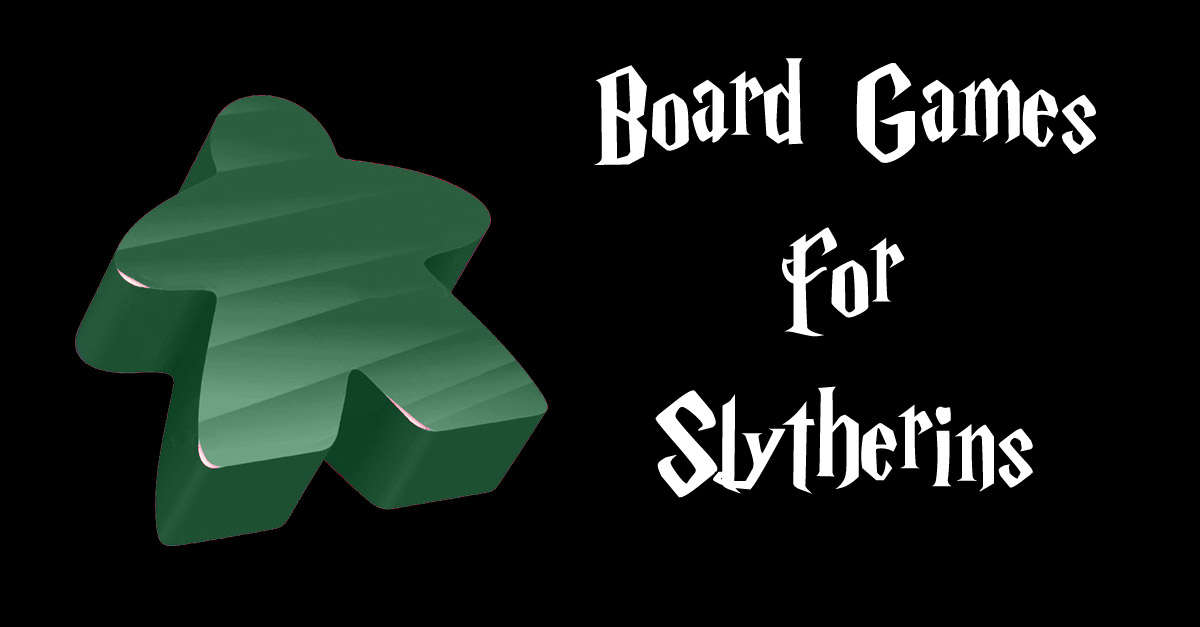 You bet the most cunning house is playing some board games. Slytherin’s were the easiest house to find games for and this list could have gotten so much longer but I restrained myself to these five games.

As a general overview of what kind of games Slytherins would love, I leaned towards social deduction games and games with a defector/traitor mechanic. These games take the most cunning and deceptive logic to play, which is right in the Slytherin wheelhouse.

Coup is all about keeping secrets and deceiving the other players around you. Only the most deceptive will succeed at Coup, and Slytherins have an advantage with this.

Resistance is in the same universe as Coup, and takes just as much deduction and deception. With a couple of defectors trying to fail missions, this game of secret identities also suits Slytherins.

In Dead of Winter, everyone is out for their own objectives while working with a team. And someone may be a traitor trying to sabotage the team’s cause. Although less obviously a deception and defector game, Dead of Winter can still be an excellent game to take to the Slytherin’s table.

Slytherin’s aren’t all evil, but sometimes they lean a little heavily that way. Why not play out the desires of plotting an evil plan in Villainous? By trying to complete your evil objective and sabotaging your opponents, Slytherins get to be as evil as they want in this game. And who doesn’t love a little universe crossover?

In Fury of Dracula, it shares similarities with traitor style games except in this, you already know who the “traitor” is. One player plays as Dracula while the rest team up to hunt him down.  This would be a great game for a Slytherin to bring out to play with the other houses, as it has both cooperative elements as well as a defector.

What games would you suggest Slytherins play? Let me know in a comment below!