I recently finished playing The World Next Door, which is a narrative-driven, action-adventure game. We play as Jun, a human that wins a special lottery to visit the planet Emrys. However, things go awry when she gets trapped on Emrys and is trapped, which could lead to her death.

Warning: While I like to keep my reviews as spoiler free as possible, this one will contain spoilers. They will be in a specific section and labeled as spoilers.

The World Next Door looks like it’s going to be a wonderful game. The artwork is very nicely done, especially for the characters. The premise also sounds very interesting, especially with the possibilities of world building. The story sounds like it is going to be so interesting and be quite the adventure. And the actual gameplay looked interesting, with puzzle battles and some visual novel elements. I was looking forward to playing this game. 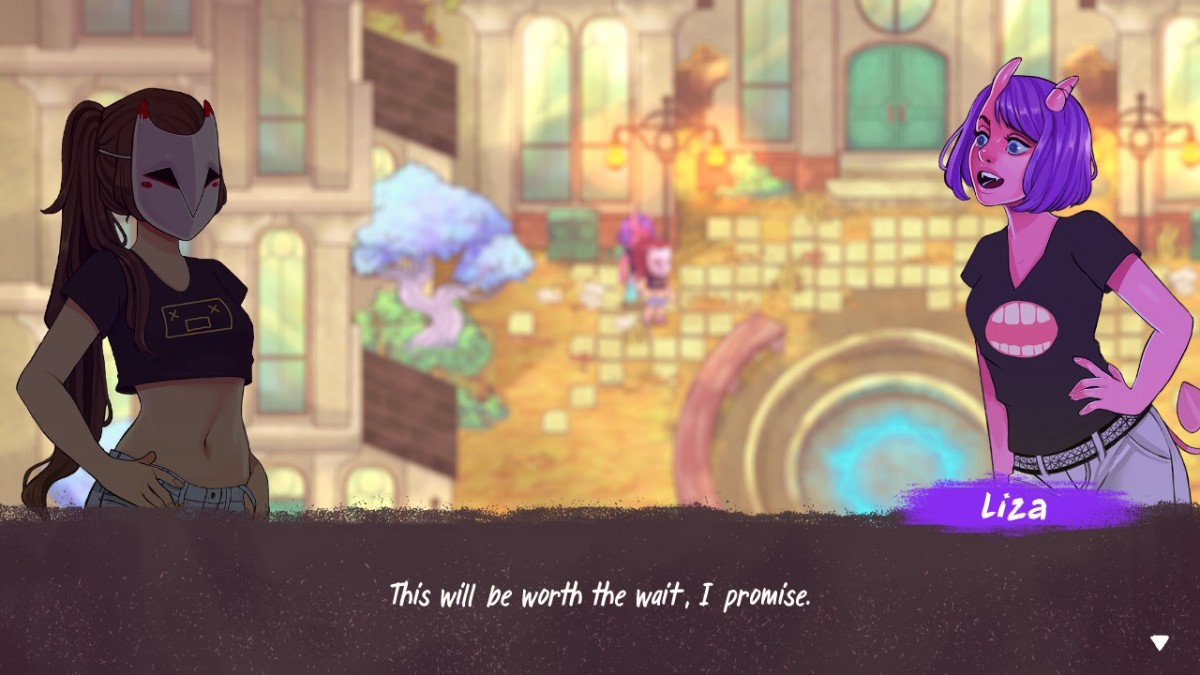 And then it was a disappointment, on multiple levels. Let’s start with the gameplay. There are three elements to the gameplay: battles, puzzle, and choices. Each had their issues that made it seem like this game was trying to do way too much.

For the battles, it’s pretty straight forward that you have to match symbols to cast spells and defeat your enemies, known as Grievances.  There are different battle zones that you play on and a varying amount of enemies you face. This is where my first issue is because there are areas of some battle areas that are only one tile wide, and it’s difficult to get past enemies and you can corner yourself. You do have a dash, but even when you dash past them your enemy still gets a hit, which is infuriating. The controls were not the most responsive either, which doesn’t help when you get trapped. And on some maps, there are more enemies then should be there thus you get trapped by three grievances and will always get hit. 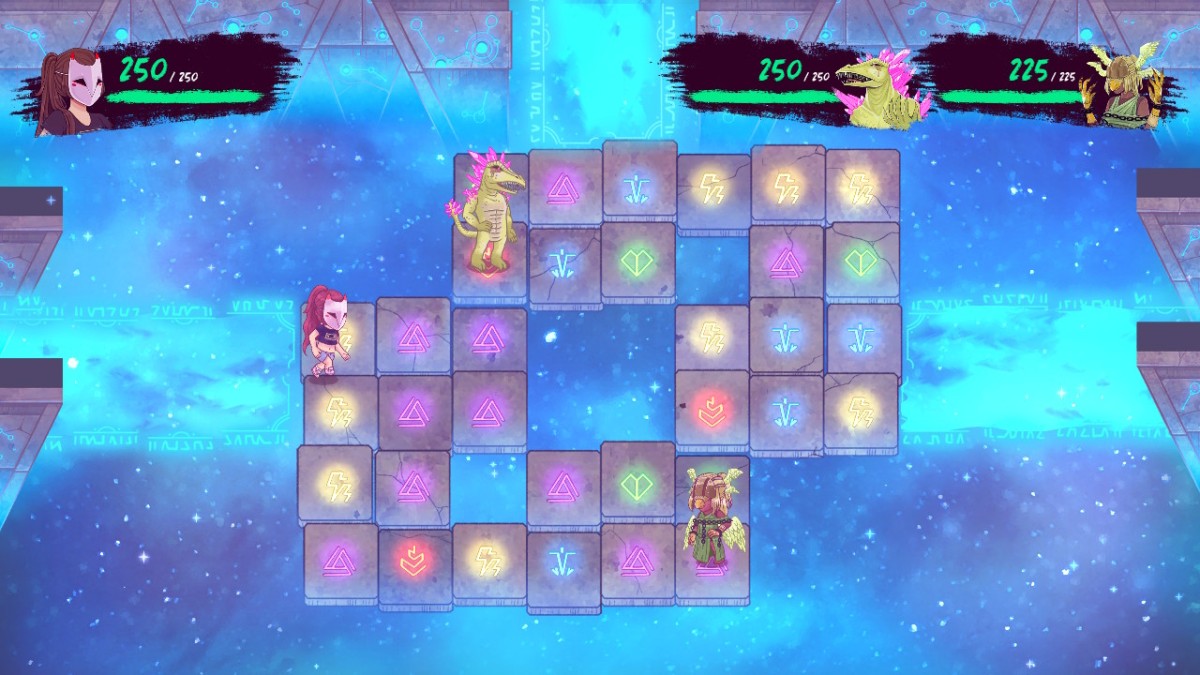 The puzzles were actually the part I enjoyed the most. There are certain rooms where you just have puzzles you need to solve in order to get an item. There is a particular side quest where you just do puzzles, that I really enjoyed. I wish the battle system was removed entirely, except maybe for boss fights, and you really just focused on puzzles.

Last part for the gameplay is the visual novel style choice system. I was drawn to this game mostly by the visual novel aspect of it and that story building, especially because of how the story was set up and described. However, there are two things I do not love with this. The first is that some choices are just really strange and way out of character for Jun. Jun is set up to be very upbeat and really loves Emrys, but then she gets options that have disdain for the world and are mean or too sarcastic. These out of character choices just don’t make sense. And the second thing, which is really the downfall of this, is the fact that these choices don’t actually matter for the most part. Or at least they don’t have a clear payoff. There doesn’t seem to be any relationship building like in many visual novels, and that the story is set to progress in a specific way, so you’ll make a choice and it will just revert to its designated path.  If that is what is happening, there is no point to have the visual novel choice system in this game. 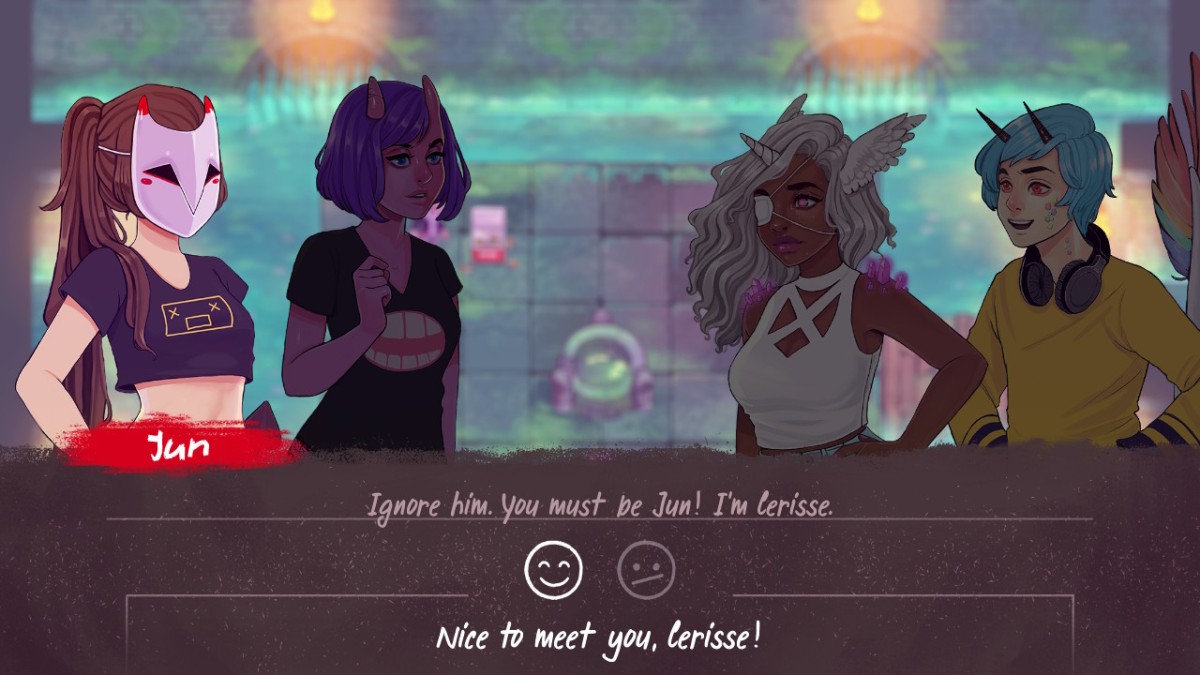 The gameplay is not the only disappointment. The story, while promising, is also a big let down.

In my playthrough, I did talk to a character who hinted at him knowing more about Jun than others. He then says to find him later and disappears. Well throughout the game I go wandering around and cannot find him at all. I reach the point where Liza, Jun’s best friend, admits to being the reason Jun misses the portal home and gets trapped because she was bribed. Wow, plot twist! I continue the game, Jun successful reopens the portal to go home, and credits roll. No questions answered, never seeing the mysterious character again, and it’s over. That alone was a huge letdown, where the weird broken puzzle of a story is missing pieces. And this was not in a way where they hint at a sequel. And I don’t want a sequel, because they took what sounded like an amazing story and didn’t go anywhere with it.

Now, I was wondering if I missed something and did some research. If you do manage to find this mysterious NPC again, it’ll take the story in a slightly different direction. You eventually learn from this guy that the people who bribed Liza to get you stuck here is actually Jun’s father, and Jun is half Emryn. This crucial plot piece is learned from a side character via a side quest, and that irritates me. I missed a huge and important part of the story simply because I couldn’t find an NPC, and that shouldn’t be how it is. They needed to have this secretly important character just randomly appear when needed. And to add to this, even when you follow this guy and choose to join your father, who we never see, the ending ends up the exact same where Jun opens the portal and goes back to Earth.

This game felt like it was a demo, not a complete game. There were too many game mechanics that cluttered the game when they should have just stuck with just a visual novel or visual novel with light puzzles. They also really didn’t get into the story, and the fact you needed to follow a side quest to get a huge piece of the plot is irritating to me. I’ve seen discourse saying that they left this game to potentially create a series of games, but even with that in mind I was disappointed and not satisfied. I wish they had just made a fuller/longer game (I finished my play in about 4 hours), answered more questions, and prioritized story over gameplay. For me, this was not a good setup for a series of games or a standalone. It had a lot of potential, but just didn’t live up to it in my opinion. 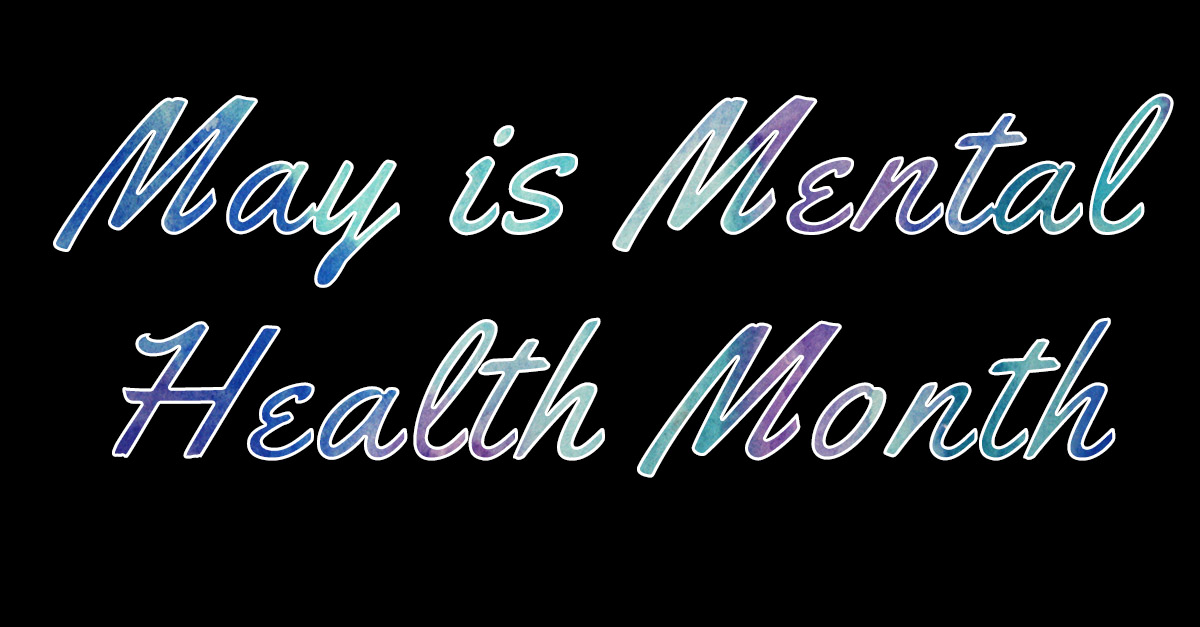