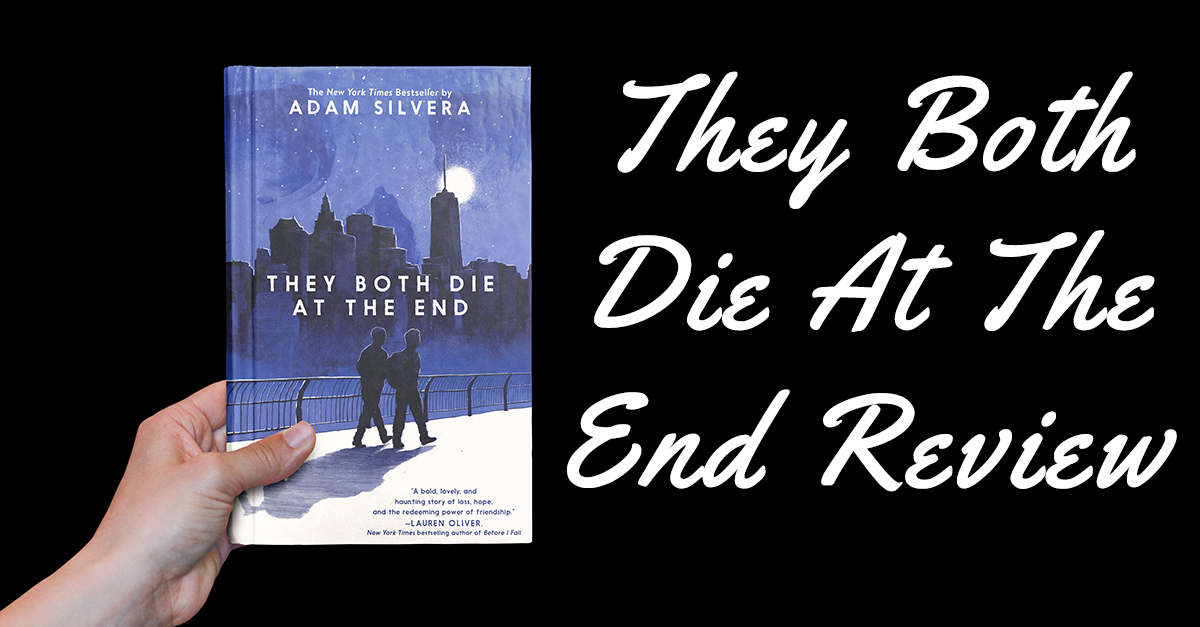 I have been wanting to read They Both Die at the End by Adam Silvera for a while now, and I finally got to do so. And I knew I had to share my thoughts once I finished it so here they are.

This is not a spoiler-free review. Spoiler sections will be identified.

This post contains affiliate links. Any purchases made will give me a small commission.

In They Both Die at the End, the world now has Death-Cast which will inform people that they will die on a particular day. Two teenage boys, Mateo and Rufus, who both live completely separate lives but both get the alert that this day is their last. They meet via an app called Last Friend that helps Deckers, aka the people dying, not be alone and we follow their last day together.

I really loved this book. I am not someone who willingly thinks about death but you have to when you are reading about people living their last day and knowing that’s the case. I think I would hate a life with Death-Cast in it, despite the pros of being able to control what your last words and actions are.

The characterizations of Rufus and Mateo are so well done and are what is really great about the book overall. We switch between their perspectives as well as with some other side characters who are a part of the web of these two and their day. Mateo is the paranoid introvert who is forcing himself to leave his safe space and finally live while he still can. And Rufus is the troubled foster kid who had to watch his family die and his life is not exactly what he wants it to be. They are opposites in many ways but blend well together in a way that truly makes them feel like real people becoming friends.

Mixed in with the perspectives of Rufus and Mateo are others, both fellow Deckers and those who aren’t dying that day. All of these people connect like a web. And these intertwined perspectives actually works really well with the overall story. It paints a picture of how different people react to dying and living and the impact we have on each other. Plus it is written very well so it reads very easily, unlike other multiple perspective books.

My one grievance with the book is how Rufus and Mateo become romantic so abruptly. I am all for the queer love story. And them getting together at the end makes sense and really makes it an emotional moment when Mateo dies before Rufus and everything that happens after. It just bothers me a little that it just happens almost out of nowhere. They do have little moments of teasing the romance side via Mateo mostly, but those couple moments just pages before the big reveal was just so sudden to me. And Rufus reciprocating felt way too sudden as well. If their love story escalated a little smoother, it would be good. Or if they didn’t have any love story it would be good. The power of friendship and that type of connection can be just as powerful as aromantic connection, and I think I would have loved the book even more if they stayed friends.

One choice I found interesting though is that Silvera doesn’t directly reveal how Rufus dies. That actually caught me off guard because there were so many moments where I thought “Oh god this is where it happens” and those moments never were the one. And when I started reading, I wasn’t sure if I actually wanted to know their demise. But once the calls were getting close and the clock was running out of time, I had to know. It is a powerful choice to omit the details and really ends the book better than if we did get told. You can infer it pretty easily based on other perspectives and details we know. Plus no matter what, we know that they both die at the end.

Overall, this is a beautiful story. Mateo and Rufus’ deaths are not the story, it is their lives and their connection to each other and the world around them that are the story. You will probably cry at least once, if not multiple times like I started to.  It is touching, heartbreaking, and hopeful all at the same time and I definitely recommend They Both Die At The End to anyone, YA fan or not.

What have you been reading recently? Let me know with a comment below!