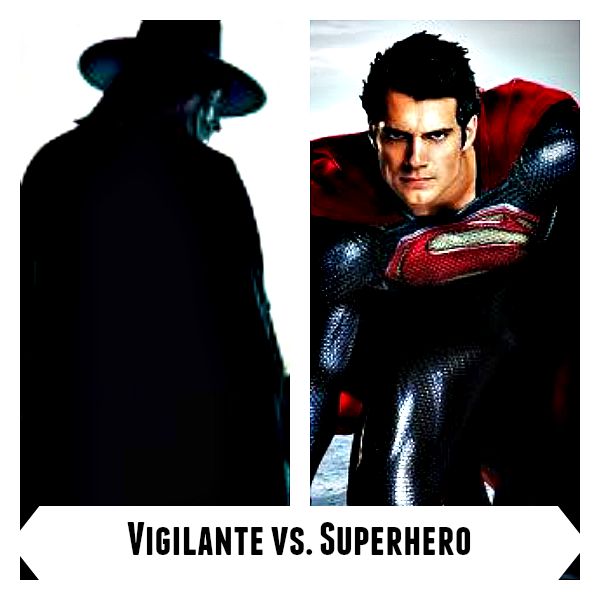 A common misconception is that a superhero and a vigilante are the same thing, and vice versa. However, the two are not synonyms, and although one can be a vigilante and become a superhero, that is an exception to the rule. But how do you tell the two apart?

Superheroes have super powers, thus making them superhumans. These powers exists with or without an outfit or gadgets. Vigilantes have no powers, but they can have super tech, training skills, and gadgets that give them strength, stealth, and power, but without these, they have nothing.

Vigilantes take the law into their own hands and fight crime against law enforcement wishes. They usual fight to avenge for someone, and start with muggers and robbers before fighting larger foes and will kill for justice. Vigilantes also do not have set villains they fight consistently like superheroes do. Superheroes also differ in motive because they are usually seen as being on the same side as the law. Superheroes also avoid conscious killing as much as possible, unless specifically stated otherwise.

It is rare for vigilantes to really become superheros, unless they take on significant characteristics of superheroes such as superhuman powers (ie Spiderman) or a no killing creed (ie Batman).

Some clear examples of vigilantes are V (from V for Vendetta), Green Arrow, Catwoman, and Hitman.

Clear superheroes are obviously Superman, Captain America, and The Flash.

Obviously, some characters are a bit of both, like Spider Man, Batman, and Iron Man. this shows that depending on what you do with what you have, you can be both, and it is all up for discussion.

And last but not least, Thor is a god.