Ticket to Ride is a pretty well-known game amongst many tabletop gamers, to the point where you can get it from Walmart now. The Spiel des Jahres winner is a recent addition to my game shelf and has already had quite a bit of play time, so why not add to the reviews of this game with my own. 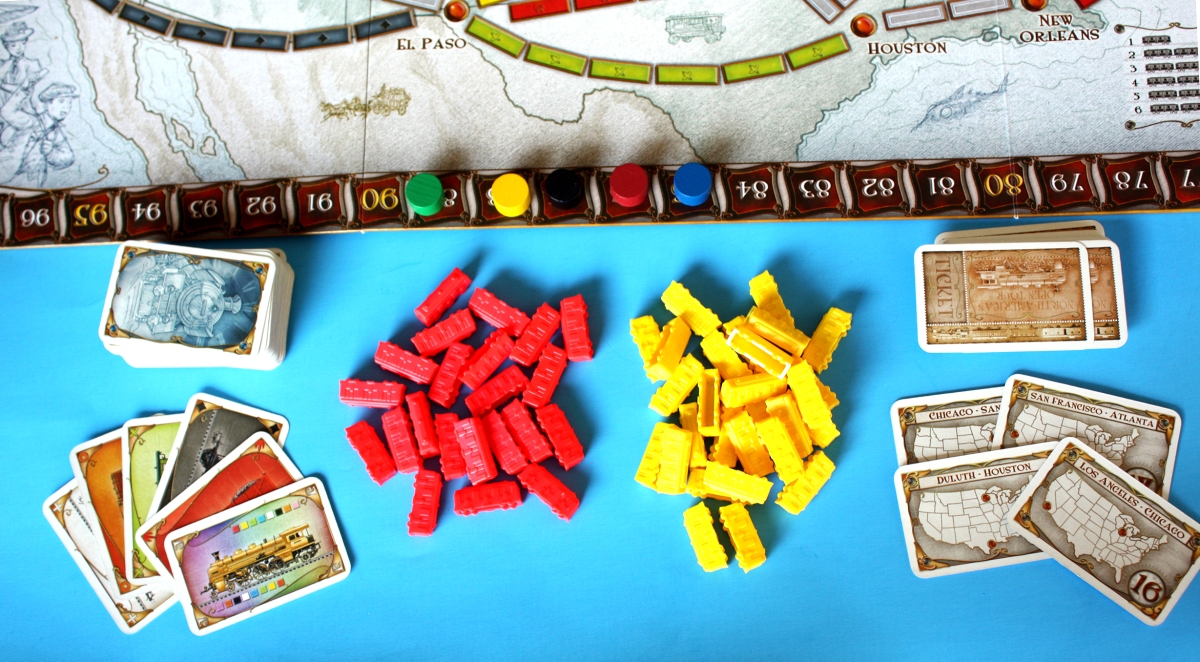 In this strategy game, you are trying to complete different routes in order to score points by connecting cities via the different paths. Using the color cards, you will build your train paths to finish your routes. 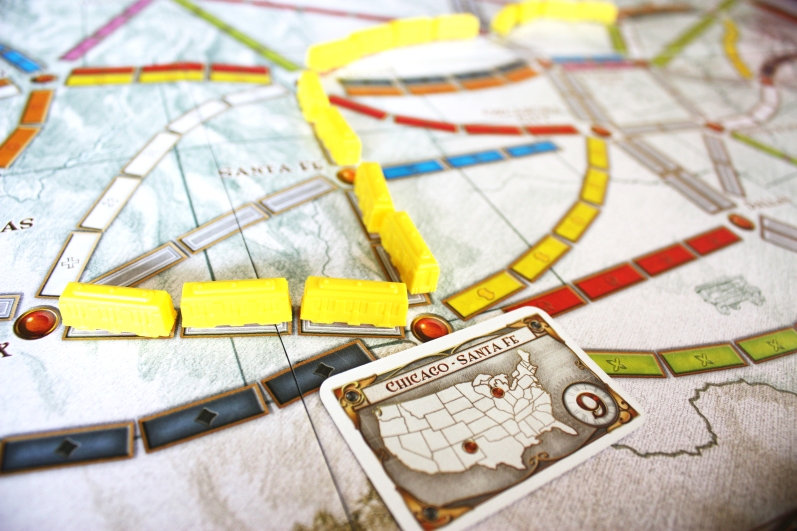 The board itself is aesthetically beautiful, as a map of the US looking slightly antique. I do knock the game pieces a little because the yellow and red train pieces are incredibly neon, to the point where the red is hot pink to me. The cards match the board well with the art, from the train cards to the routes. 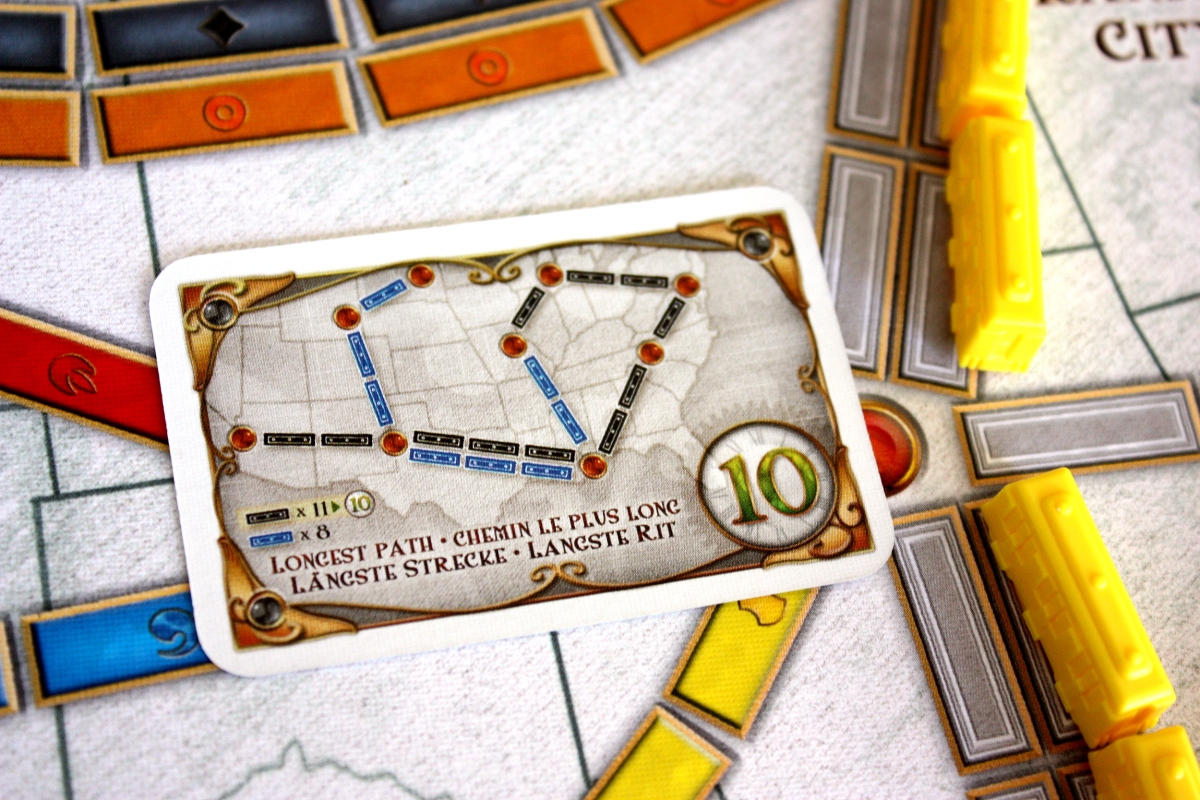 The game is won by whoever has the most points at the end. You earn points from playing trains, completing routes, and if you have the longest train. This game is very easy to setup and start playing. It’s not over-complicated with too many rules, but there are multiple strategies to keep the game interesting. I’ve already played this game more times than I usually do before reviewing because of how easy it is to just open and play.

It’s also a great 2-player game, which is a huge win for me as a gamer. And there are multiple versions of the game, from Europe to Asia to Rails and Sails, so that helps with replayability, although each version would be a separate purchase. This game is on the big box scale of prices, leaning more expensive, but with the overall size of the game and it being fairly replayable independently makes it worth the price tag.

Overall, this is one of my favorite games on my shelf, and I can see it being enjoyed by many different game groups, from 2 players to families to friends.  Although it is pricey, it’s already been worth the cost.

Have you played Ticket to Ride? Let me know your thoughts with a comment.