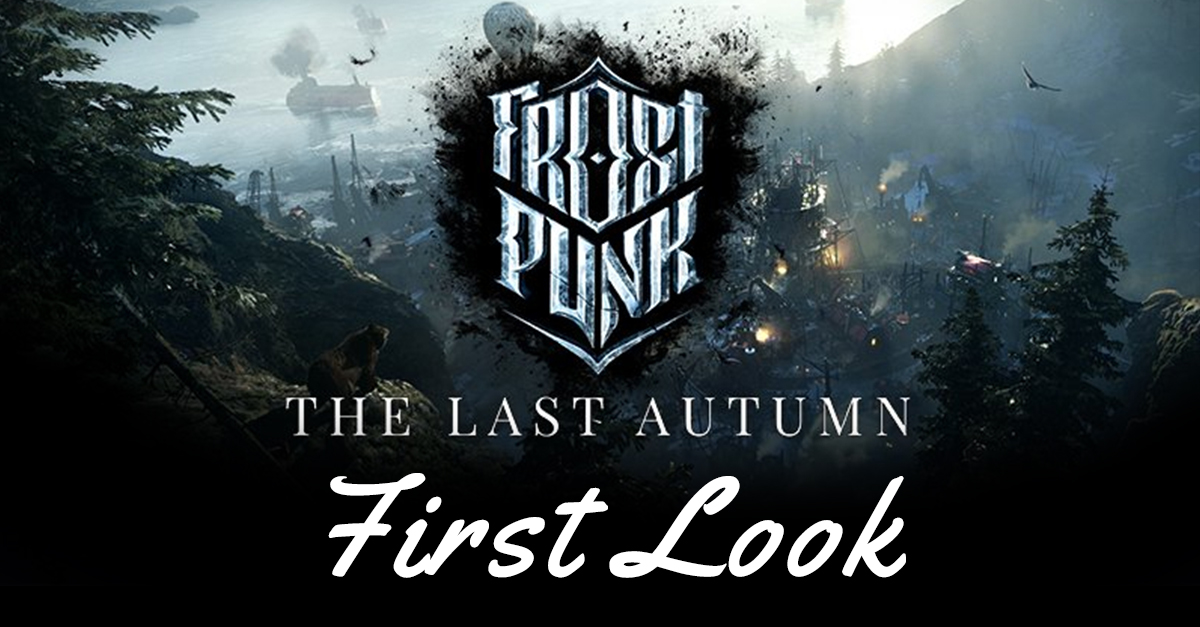 I am back with more about Frostpunk! 11 Bit Studios is releasing a new DLC soon called The Last Autumn and I got a chance to try it out before release. So here is my first look at the new scenario.

In The Last Autumn, we are sent back to before the frost came and the preparations they made for the frozen apocalypse. You, as the leader, are controlling the settlement that will be building the generators that are so vital in the original game.

The DLC plays as a new scenario, so it doesn’t directly impact your play of the original game. Which makes sense since this is basically a prequel to that story. And if you are a lore junkie, like I am, you will love this playable look at how the people of the frozen city were able to even live thanks to the generator you are now having to build.

The gameplay does not have any big changes from the original game. You still have to provide shelter for the workers, find food sources, collect resources used to build necessary machines and facilities, and maintain the happiness of the settlement. You can still enact different laws that will have their pros and cons, and overall they are similar to what you find in Frostpunk. Instead of keeping hopes up like the original game, you have to keep motivation up so the workers will continue to build the last hope of their people. And with the new scenario comes some new buildings like docks and telegraph station. From my first look, The Last Autumn is very interesting and builds itself from the base game well. Where it differs makes sense since it is not a frozen wasteland yet and the citizens slightly differ (ie no children). Plus it refreshes the base game for those who have played it a lot already. My ultimate favorite part is the lore and better seeing how the people of Frostpunk got to where they did. I can see myself getting sucked into this scenario like I did the base game.

Frostpunk: The Last Autumn DLC is available on January 21, 2020.

Have you played Frostpunk? You can read my full review of the original game here.