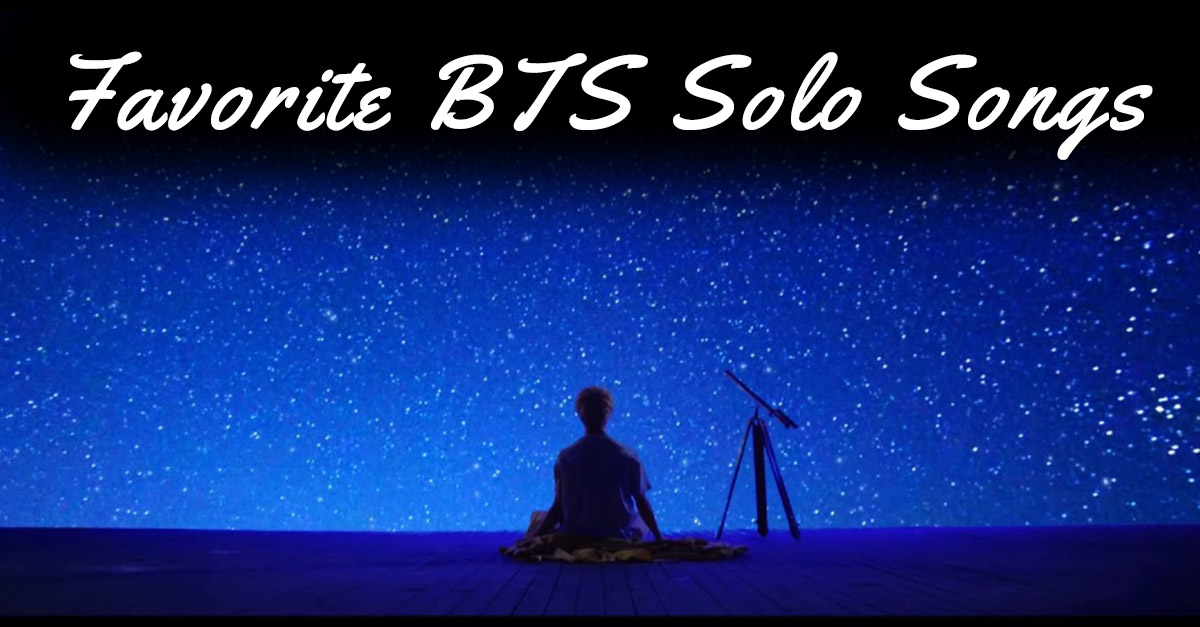 Every member of BTS has also released solo work, either under their group name or as individuals. There are a few solo songs that I really enjoy and I want to share them with you all.

Serendipity is such a lovely song. It is a love song about the serendipitous connection of two people. It is one I can play on repeat and relax to Jimin’s sweet voice.

Lie is almost a full polar opposite of Serendipity, both in message and tone. This soulful song is about the internal voices and demons that lie to us and we struggle through. It’s a very powerful track and Jimin’s voice is so good in this one.

Yes, another Jimin song. I just love his voice so much. Promise is the one track he has released independently and he co-wrote it with his band mate RM. It is a bittersweet song about finding happiness outside of love.

Agust D is the pseudonym for Suga that he release his individual work under. Daechwita is a powerful rap track from his recent mix tape about how Suga has become successful despite his haters.

Speaking of polar opposites, Seesaw is a more chill track from Suga. It’s about relationships ending and how long it will “seesaw” before it finally ends.

This upbeat and fun rap from J-Hope is from BTS’ latest album. It’s all about not giving up and trusting yourself. It’s as uplifting and joyful as J-Hope himself.

Euphoria was actually the first solo song I listened to and I didn’t even realize it was one till recently. This pop track is about the euphoric side of being in love.

seoul is a track off of RM’s most recent mix tap mono. It is a lo-fi rap about the love/hate relationship he has with his home of Seoul. I love this song because it is a great representation of how good of a writer RM is.

Do you have any favorite BTS solo songs? Let me know what they are in the comments below!