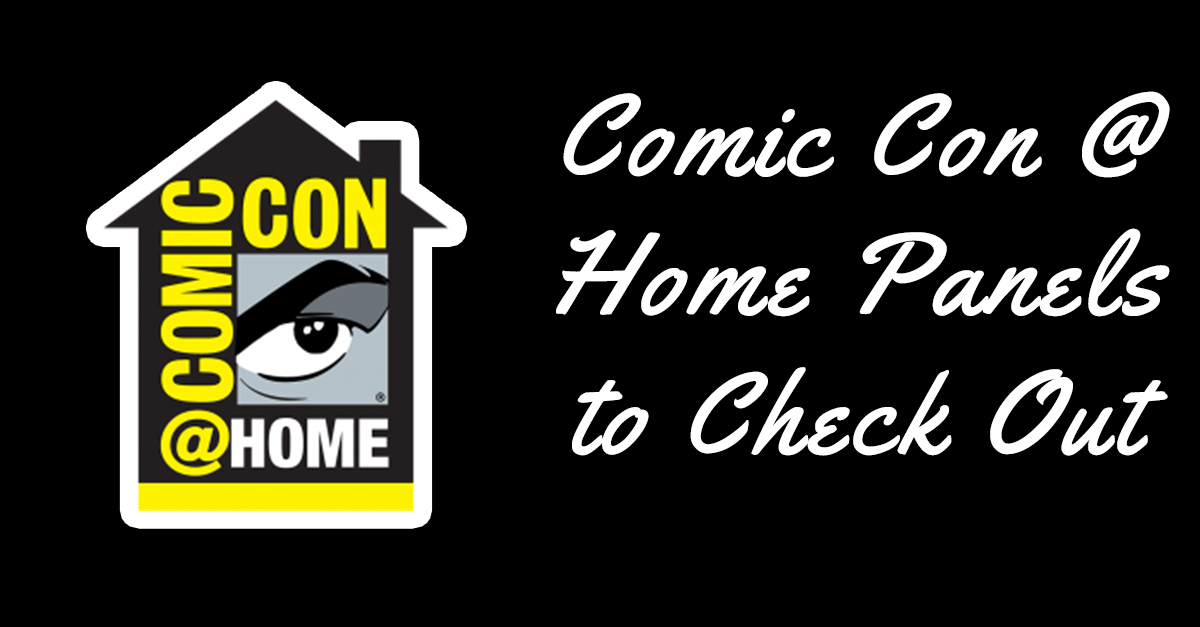 For the firs time, SDCC is going to be fully online and free for everyone to check out! So I went through the schedule and found some interesting panels you should check out.

The Most Dangerous Women at Comic-Con: Building a Better Heroine

More heroines are being represented in the media, but are they well-More heroines are being represented in the media, but are they well-rounded characters or bland beings going from point A to point B without any distinct traits or personalities? Why might writers shy away from writing women as fully-developed people? Here to discuss everyone’s favorite female/nonbinary characters of the past decade, and what we can learn from them, are women dangerous in their own right: Charlie Jane Anders (author of Victories Greater Than Death, co-host of Our Opinions Are Correct podcast), Tamara Brooks (writer for DC Universe, host of Tales from the Tapes podcast), Dani Fernandez (host of Nerdificent podcast, writer for Girls on the Bus), Hanh Nguyen (Salon’s Senior Culture Editor, Television Critics Association board member), Diya Mishra (writer for Masters of the Universe: Revelation), and moderator Katrina Hill (author of Action Movie Freak, 100 Greatest Graphic Novels).

Dark Horse Comics, Abrams Books, and Nickelodeon are thrilled to treat fans to a panel worthy of the Avatar! Join Avatar: The Last Airbender and The Legend of Korra creators and writers, Michael DiMartino, Faith Erin Hicks, F.C. Yee, and Gene Luen Yang for a further exploration of the beloved world as it has grown and changed since the animated series has ended.

Creative Renaissance: How to Thrive When It’s Hard to Survive

The continued need for social distancing has brought about a creative renaissance in the digital space. Join the conversation with Joe Barrette (Creators, Assemble!), Phil Jimenez (Creators4Comics), Alonso Nunez (Little Fish Comic Book Studio), and Kit Steinaway (Book Industry Charitable Fund) to hear how nonprofit organizations are working with comics creators to support each other and their communities during these challenging times. You will hear about new learning opportunities, collaborations, how to forge new creative friendships in a time of global disconnect, and what it means to find your tribe through fandom and shared passion. Moderated by Dan Wood (comics librarian, Escondido Public Library).

How to (Still) Be a Nerd For A Living

Have you built a business or career in the “nerdy” industry you love – but now that a global crisis has blindsided the world, you’re not sure what to do? You’re not alone! This evolution of our annual How To Be a Nerd For A Living panel will share advice (and plenty of real talk) from a variety of pop culture industry professionals about the changes they’re making for our current times. Panelists including Robyn Warren (founder of Geek Girl Strong), Valentine Barker (freelance illustrator and comic artist), Chris Sanchez (editor-in-chief of Mad Cave Studios), Jazzlyn Stone (freelance comics marketer and host), and Wendy Buske (co-founder of Nerd For A Living, Fictitious podcast) will discuss how they’re industries are evolving (sometimes day-to-day), where they are struggling, and what they’re doing to stay productive and plan as much as possible for future.

You can see the full schedule for Comic-Con@Home here. The con starts July 22!

Have you seen any panels you want to check out? Share them with me in a comment below!