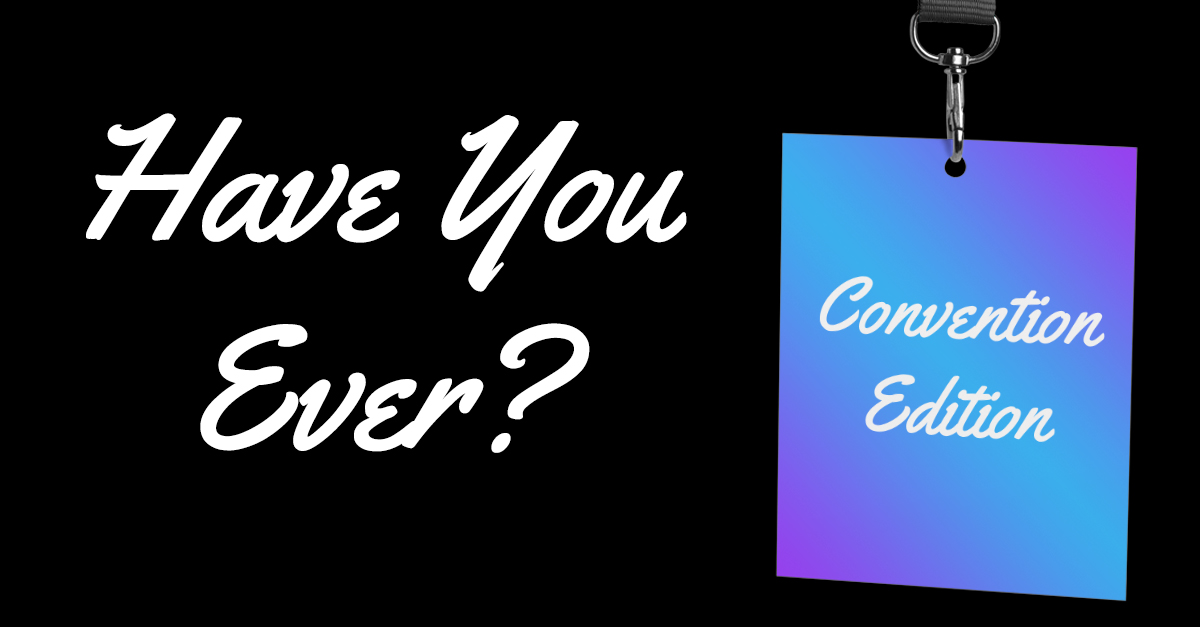 For the con-goers, I have created a Have You Ever tag just for you!

Have you ever wanted to attend a specific con?

I’m not the biggest con lover, but there are a couple i would like to attend at least once. D23 Expo is probably the biggest one that I would really enjoy attending.

Have you ever traveled far to go to a con?

Only for PAX Unplugged, which is held in Philadelphia. So I spent a whole day traveling to get there from California.

Have you ever attended the same con multiple times?

Yes I have. I’ve been to Twitch Con twice, once in 2016 and the other in 2018. And that will probably be the extent of my Twitch Con trips.

Have you ever gone to a signing or photo op?

No I haven’t. Probably never will to be honest as it isn’t something I’d want to do. I can’t think of a celeb that I would want to see in this scenario.

Have you ever cosplayed at a con?

I haven’t. Cosplay is probably not something I plan on doing, but I do love seeing all of the awesome cosplays made by others. The Cosplay Contest at Twitch Con was my favorite event to attend.

Have you ever worked at a con?

I have! I was an exhibitor at PAX Unplugged in 2018 with the Weird Giraffe Games booth. Working a con is definitely a whole new experience from just attending it.

Want to do this tag? Here are the questions:

Have you ever been to a con?

Have you ever traveled far to go to a con?

Have you ever attended the same con multiple times?

Have you ever gone to a signing or photo op?

Have you ever cosplayed at a con?

Have you ever worked at a con?

3 thoughts on “Have You Ever? Convention Edition”