Epic Spell Wars of the Battle Wizards: Duel at Mt. Skullzfyre is a card game where you must become the most powerful wizard and defeat your foes by creating spells and taking the blows. This game is definitely for adults because it is quite graphic in art and in humor, but it’s a fantastic game with a ton of replayability.

The basic setup is this: you chose a wizard to play from the 8 choices. Each wizard starts with 20 health, and there is an option to go above 20 and up to 25.

There are 3 types of cards: the main deck (which is the spell cards), dead wizard cards, and treasure cards. Dead wizard cards are only collected by players once they die or if a card tells them to take one. Treasure cards are collected when a spell prompts you to. Treasures only last for that one round. The main deck is what you use to make spells.

You will always have 8 cards in your hand and create up to a 3 card spell. Spells are a max of three unless prompted to add cards to it. There are 3 types of spell cards: Source, Quality, and Delivery. No spell can have more than 1 of these types. So a spell can be a source+quality+delivery, or quality+delivery, or even source+delivery. I definitely recommend playing 3-card spells why you can.

First player is determined by how many cards are in your spell 1 card, than 2, than 3) and than by the number on the delivery card (as seen above it is 17). Highest number goes first. One card that can affect this is called impatient. When impatient is played on a spell, that player goes first. Another card of not is called wild magic. Wild magic is a wild card, and you will draw until you get a matching card based on the position you played it. Example: you play wild magic instead of a source, so you will draw until you get a source. 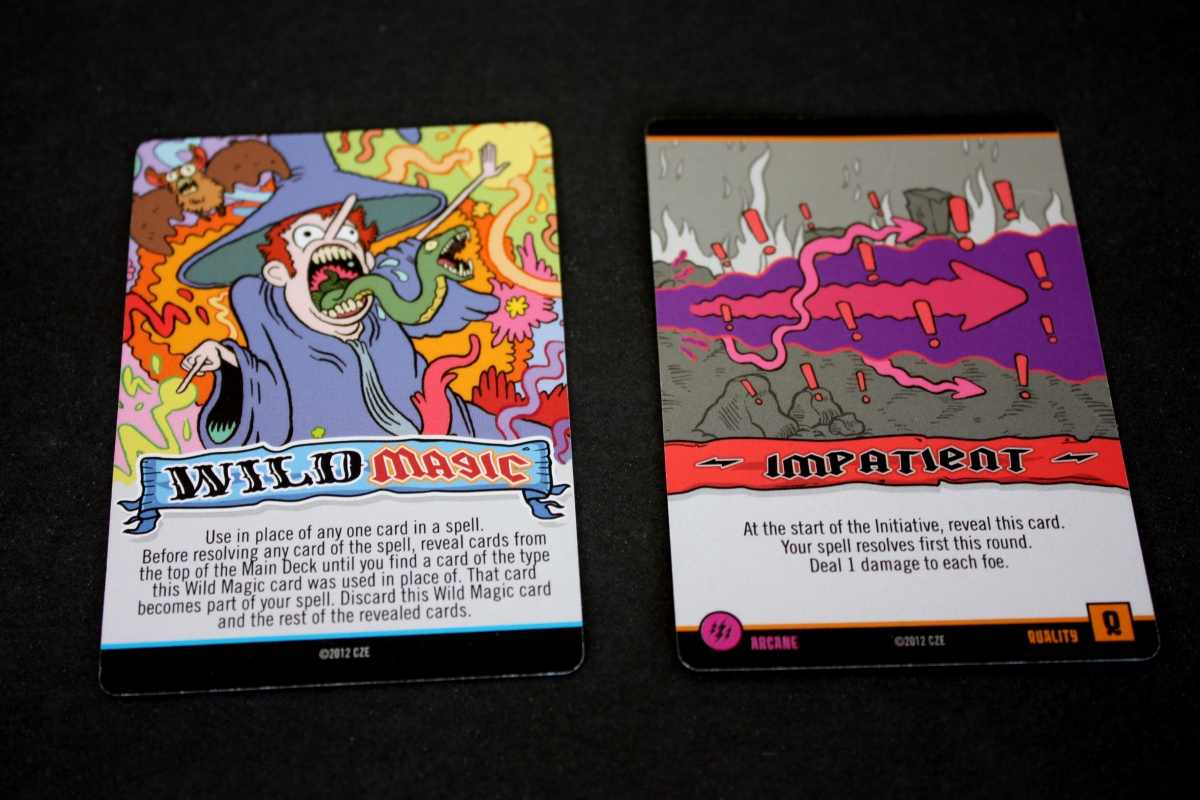 As you can see by the art and the spell names, this game is pretty ridiculous. Half the fun is saying your spells in crazy voices to match your character. A round is played by everyone doing their spells, and following what each card says. The last wizard standing wins a token, and a new round begins. First wizard to win 2 tokens wins the whole game. 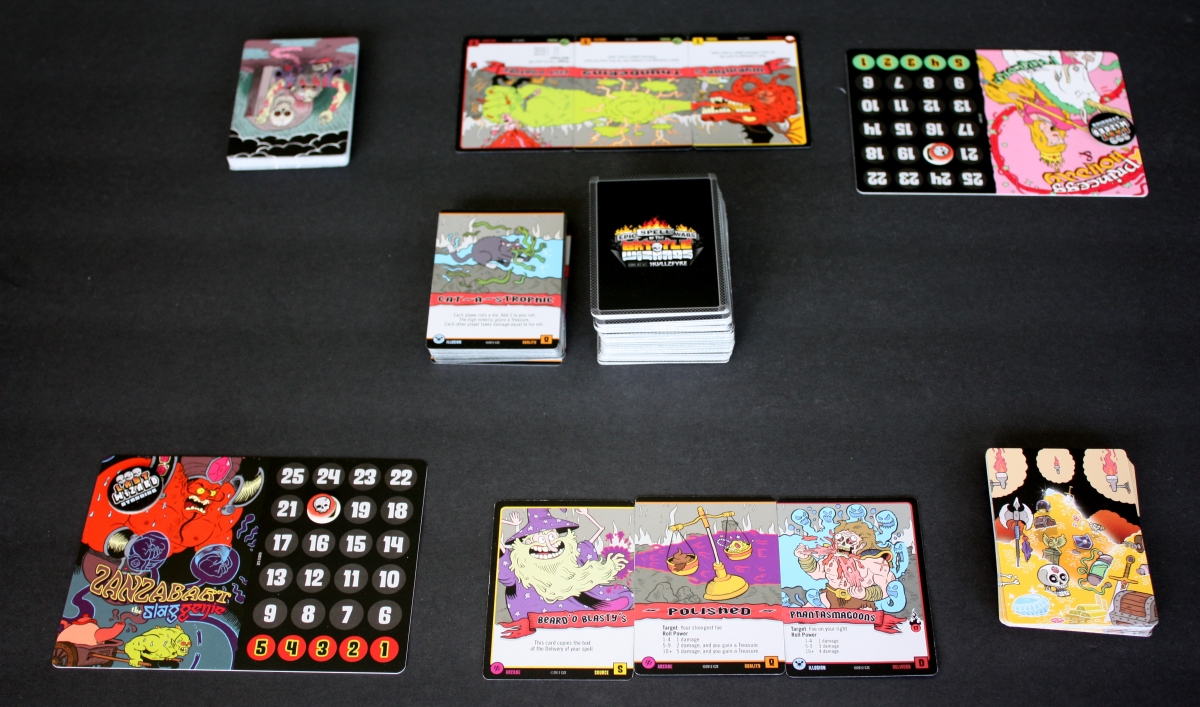 This game has been on my wishlist for quite some time, and it has been so much fun to play. It’s ridiculous but also involves quite a bit of strategy to play right and win, so definitely great for adult gamers. So if you’re a person who wants a fun and wacky game that is not Cards Against Humanity, I definitely recommend Epic Spell Wars.