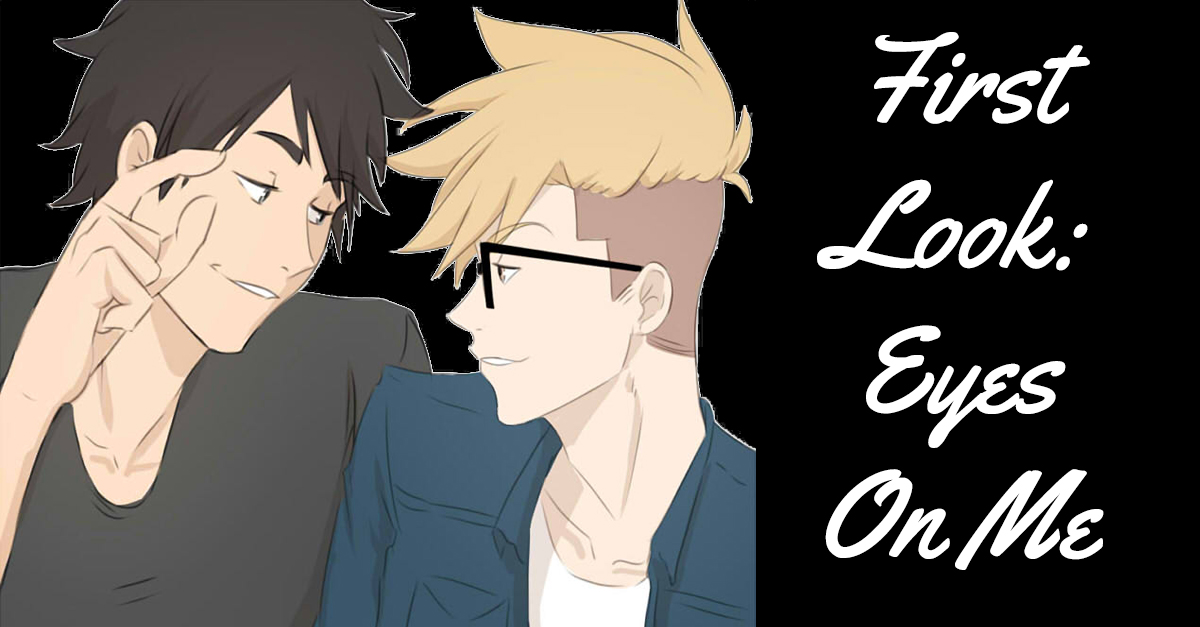 Eyes On Me is a boy love web comic about the growing relationship between Evan, a shy guy, and Marcus, the more experienced one, created by Loonytwin.

After leaving his keys at a friends house, Evan meets Marcus, the friend’s roommate, for the first time. Marcus starts to pursue Evan, which surprises Evan and he begins doing the same. But both have secrets from one another that could cause a rift in their budding romance.

This comic is definitely a slow burn relationship that is taking it’s time to get to a fully committed kind of situation. It’s also slow burn in the sense that we still have a lot to learn about both Evan and Marcus as both have some secrets. And these secrets are still secret to use readers as well, so it will be interesting to see where this story goes.

You can read Eyes On Me on multiple platforms and there are some slight, not plot-related, differences. Eyes On Me has it’s spicy moments, nothing incredibly graphic, but different platforms have different definitions of what is too graphic. So on Webtoon, it is a more downplayed/censored version. While Tapas is what the author fully intended. Again, it’s not very graphic and I’d describe it as PG-13 at worse on Tapas. But if that is still too much for you, the more PG version is on Webtoon. I personally read the Tapas version.

I’ve been enjoying Eyes On Me and the character and relationship building it has done thus far. And I am curious where the secrets will come into play and how it will effect these two. So if you enjoy romance web comics, take a look at Eyes On Me.