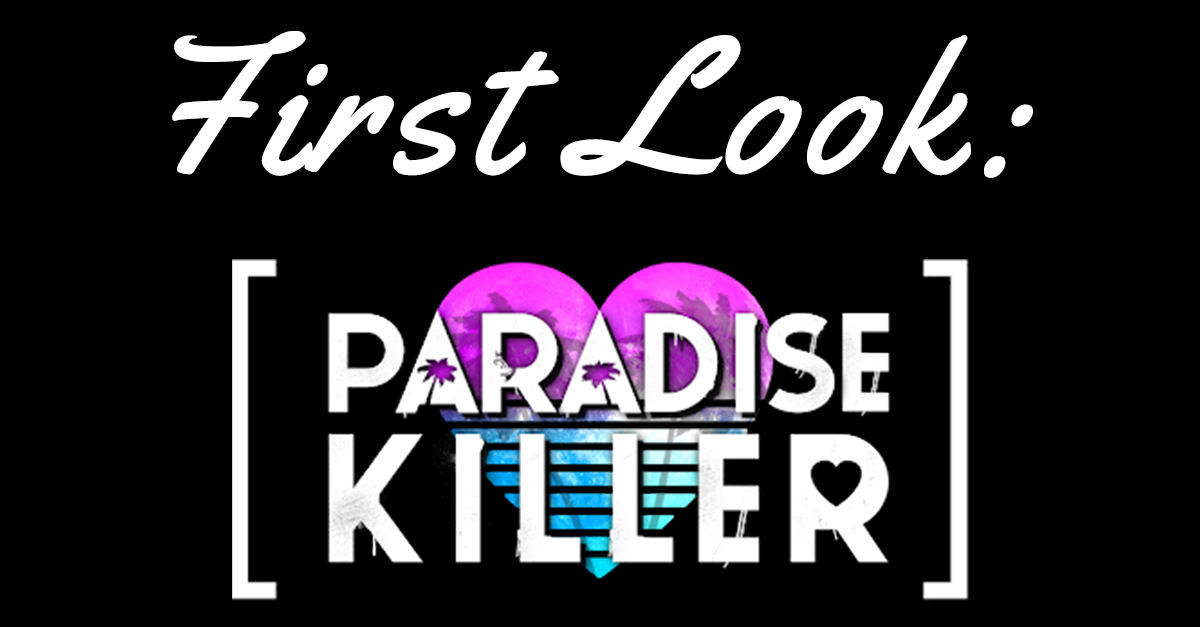 Paradise Killer is an open-world detective game where you play as Lady Love Dies, a formerly exiled master detective, as she tries to solve the numerous murders that have happened on Paradise. I was given a key for the game and have some thoughts to share with you all.

I was provided a copy of this game for the purposes of this review.

Paradise Island is a world like no other, as it experiences a type of rebirth if you will. The player investigates the mass murder of the island’s ruling council as they wish, piecing together clues and forming their own arguments to present in the end game trial. Because it is open-world, you can explore anywhere you want whenever you want, interview whoever in any order, and collect clues in no specific order. As long as you can make your case at the end, that’s all that matters.

The world building of this game is interesting. You can tell a lot of thought went into developing the world, it’s history, and it’s overall demise. That deserves praise alone. The characters all have their own unique personalities which makes interacting with them more interesting. There are some crude moments, such as profanity, which for me is fine but I know for some can be off-putting.

I have to be honest and say that this game is not for me personally. Despite every attempt to give open-world games I shot, I don’t enjoy them and prefer linear stories. I need something to pull me into it for the long haul, and wandering as I please is not that. And the mystery itself wasn’t enough to make me want to keep going honestly. I also do not like playing in first person, which is how you play this game. While the former I was aware of when getting into the game, the latter I was not. I’ve played it once and haven’t touched it since honestly.

If you are unlike me and enjoy open-world and want a mystery game, this is right up your alley. The overall concept and story are not bad, the mechanics are what deterred me in the end.

You can play Paradise Killer on PC and Nintendo Switch.