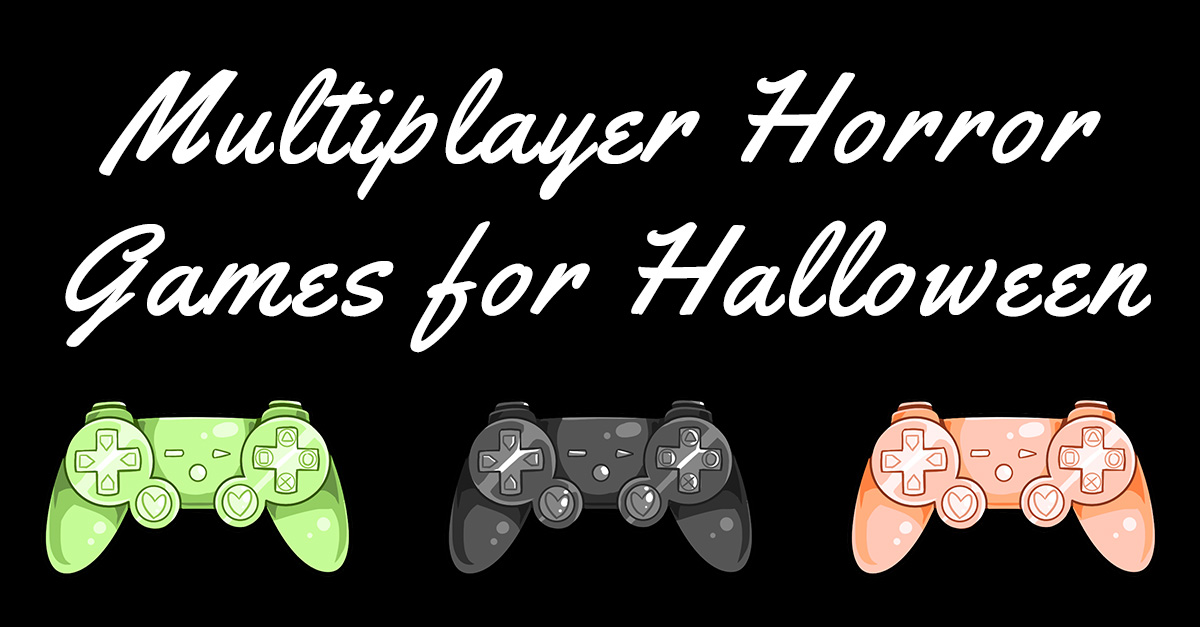 I like to give suggestions for games to give you a real fright during the spooky season, and this year I decided to make it a multiplayer affair! Here are a collection of games you can play with friends this Halloween.

This post contains affiliate links. Any purchases made will give me a small commission.

The viral ghost hunting game Phasmophobia is perfect for a spooky good time. With tense atmosphere and the risk of death, you and three friends go hunting to identify what kind of ghost haunts the place. And this ghost is not your friend, so tread carefully.

Whether you have a full five players to have your own friends be the killer, or less and you team up to go against strangers trying to murder, Dead by Daylight is an excellent mix of horror and strategy. I personally enjoy kill your friends, where one of your party is the killer, because some fun shenanigans can occur.

Man of Medan, Little Hope, and House of Ashes are the first three games of this anthology and offer a multiplayer option where you and your friends can control different characters, and even experience different sides of the game simultaneously. Quick time events can lead to failure and death, and jump scares are around every corner.

GTFO is a Left 4 Dead inspired survival horror first-person shooter cooperative game. You and your friends will explore hostile and terrifying environments where, in an instant, you are thrown from edge-of-your-seat suspense to frantic action, fighting monsters to stay alive.

White Noise 2 is a game I have enjoyed playing with friends in the past. While four players team up to hunt down mysterious tapes, another plays as a murderous monster striving to stop their progress. You can have a group of five total, so get five friends together and rotate who is who for the most fun.

Horrorfield is a multiplayer action and horror game openly inspired by Dead by Daylight, in which four players have to face off against a monster taken straight from a horror movie. It is specifically a mobile game and free to play so easy to get a group together and play together.

Do you have any suggestions for multiplayer horror games? Share them in the comments!

“Here are a collection of games you can play with friends this Halloween.”

One thought on “Multiplayer Horror Games for Halloween”