Ah, Helga. The bully/ unrequited lover in Hey Arnold. Re-watching the show, she is the best character and her episodes are the best of them all. And even though she is a very well-known character from the show, I think she is underrated because of her deep character development.

For starters, Helga is probably the smartest student in her class. She is a prolific writer, she gives Shakespearean style monologues, and is very witty and sarcastic, which is a characteristic of intelligence. We are taught in the show to see Phoebe as the brightest, but I’m sure it’s really Helga. 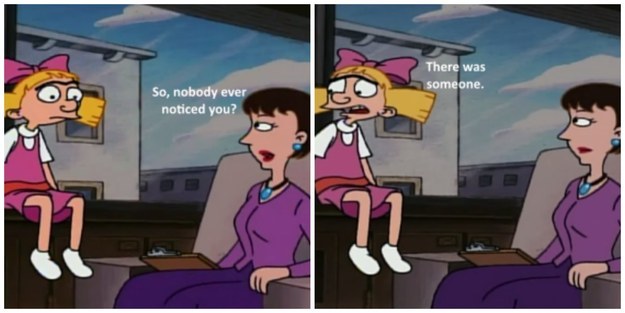 Also, she had a difficult childhood, which they highlight by having her go to therapy. First, the fact a kid’s show was brave enough to include therapy and make it seem like a normal and comfortable place is INCREDIBLE. Second, looking at Helga’s past helps define her so much. We literally don’t know Arnold’s last name, but we got to see Helga’s past and her development. And discussing difficult issues like absent parents and mental health in relationship to bullying, I would be surprised to see that in a children’s show today.

Instead of Hey Arnold, it should have been Hey Helga, because she ended up being the better developed character in the end.

What is your favorite show from your childhood? Share in the comments.