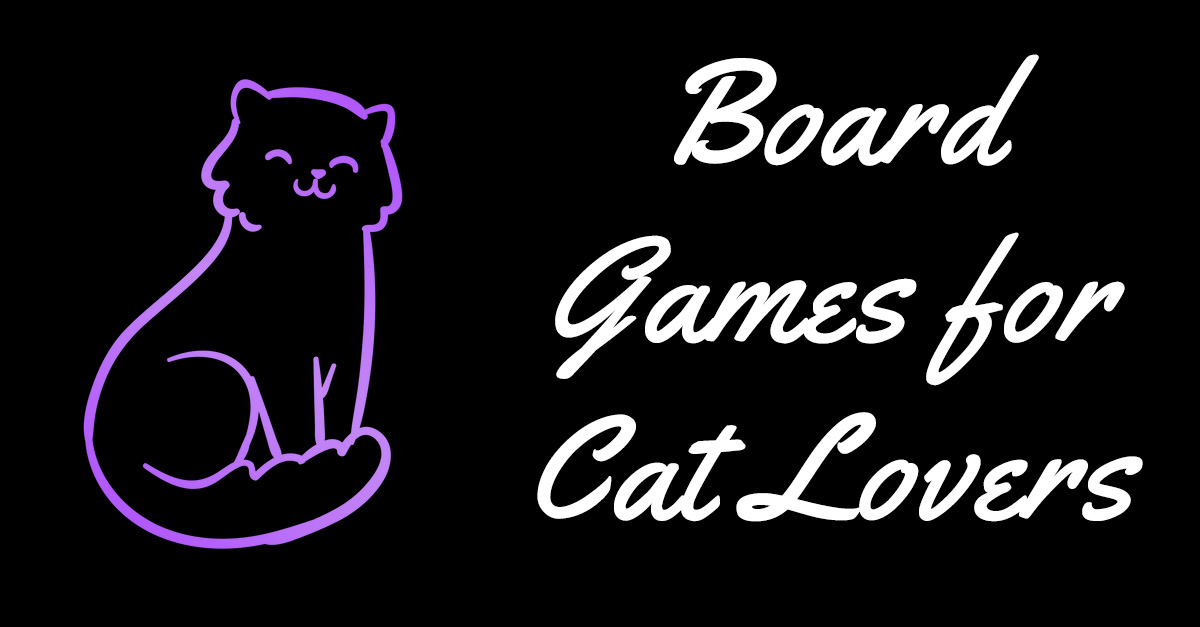 I am very, very much a cat person to the point where if I was an animal it would most definitely be a cat. And I have found that board games are also cat people as there are so many with cat themes out there. So here is a collection of them if you love both cats and board games.

In Cat Lady, you play as a cat lady yourself. You and your fellow cat ladies will draft cards three at a time, collecting toys, food, catnip, costumes, and of course lovable cats. But watch out! Make sure you have enough food for all of your feline friends or your hungry cats will subtract points from your score. The player with the highest total victory points wins!

In Calico, you are striving to make the coziest quilt possible that any cat would love to sleep their day away on. Each quilt has a particular pattern that must be followed, and players are also trying to create color and pattern combinations that are not only aesthetically pleasing, but also able to attract the cuddliest cats!

Exploding Kittens is a kitty-powered version of Russian Roulette. Players take turns drawing cards until someone draws an exploding kitten and loses the game. The deck is made up of cards that let you avoid exploding by peeking at cards before you draw, forcing your opponent to draw multiple cards, or shuffling the deck. This game is much crazier with some unique humor.

In the world of Battle Kittens, you are one of the cat king’s royal cat herders, assigned to draft the cutest, strongest, wisest, and most agile kittens in the kingdom. Three battlegrounds are presented each round, with each randomly having a particular battle kitten trait played onto it. Players begin by drafting adorably ferocious kitten cards, then dividing them into squads and deploying those squads to the battlefields. The squads with the three highest point totals in a battlefield are awarded a number of fish tokens in accordance with that particular battlefield’s allotment. After three rounds are completed, the cat herder with the biggest haul of fish tokens wins!

Put your storytelling skills to the test in Action Cats! Players take turns being the “judge,” while the rest are storytellers. The judge draws a cat card from the top of the deck and gives the cat a name. The rest of the players each build a story using the cards in their hand. They tell the story to the judge, embellishing all they want (that’s the fun part!), and the judge picks their favorite story as the winner!

Do you know of any feline filled board games? Share them in the comments below.